January 03, 2016
The Bim Prongs have a track on the second volume of the No More Gun Violence compilation series. All proceeds from sales of the album go to the Brady Campaign to Prevent Gun Violence. 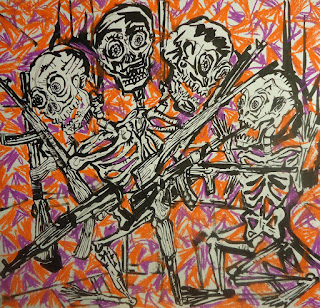 "Skiers" by The Bim Prongs is now available on my Vimeo channel! https://vimeo.com/528418544 - W.A.Davison www.recordism.com